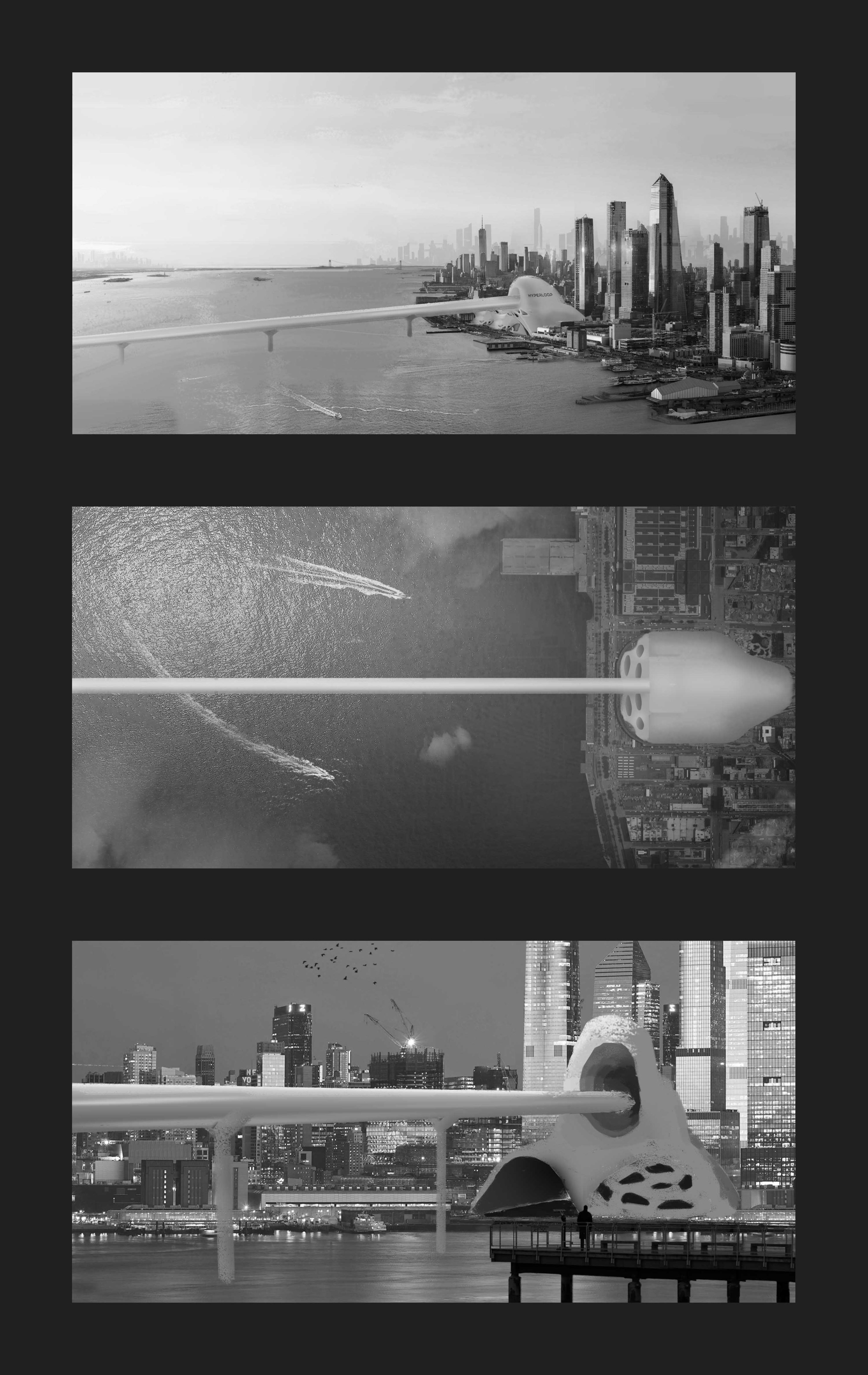 Hudson Gate is a reimagined master planning of the Hudson Yards. It serves as the frontier of the Hudson Commercial District, a major transportation hub for the Midtown Manhattan Region, and the end point of the New York – Washington Hyperloop train.

The concept of developing Hudson Yards into a transportation hub initially stems from coming up with a solution to relieve the Manhattan region traffic, by providing an alternative to connect between Union City and Hudson Yards. Therefore in the initial sketches, in addition to the main building above the rail yard, a pair of twin bridges were added. However later I took a step back in the concept, thinking if I were to connect two places, shouldn’t it bear more significance? Also the twin bridges concept didn’t really go well with the main building. As a result I scrapped the twin bridges idea, and reimagined this transportation hub would connect with somewhere much more significant both in terms of commerce and politics – Washington.

The form of the architecture is still in very premature state, neither the transportation tube nor the main building in the sketch would resemble the final concept. But in general, to portray the idea of a frontier and a portal or gateway to something, I imagine it would take on a streamlined, Zaha Hadid-ish form, and a pristine white color. I know in the creative brief of the competition we are advised to avoid something sci-fi, however the idea of hyperloop transportation is completely possible to achieve in 20 years.

Hey man love this idea!
You put my understanding of the challange into a bigger scale/scope, love it.

Love the broader story scope you are taking with this one @tony.lai ! The concept is totally within reach and Zaha Hadid’s work is among the most Sci-Fi’ish there is so we are good on that too

Very much looking forward to see this take shape…