Inside Out by Jamie Holmes 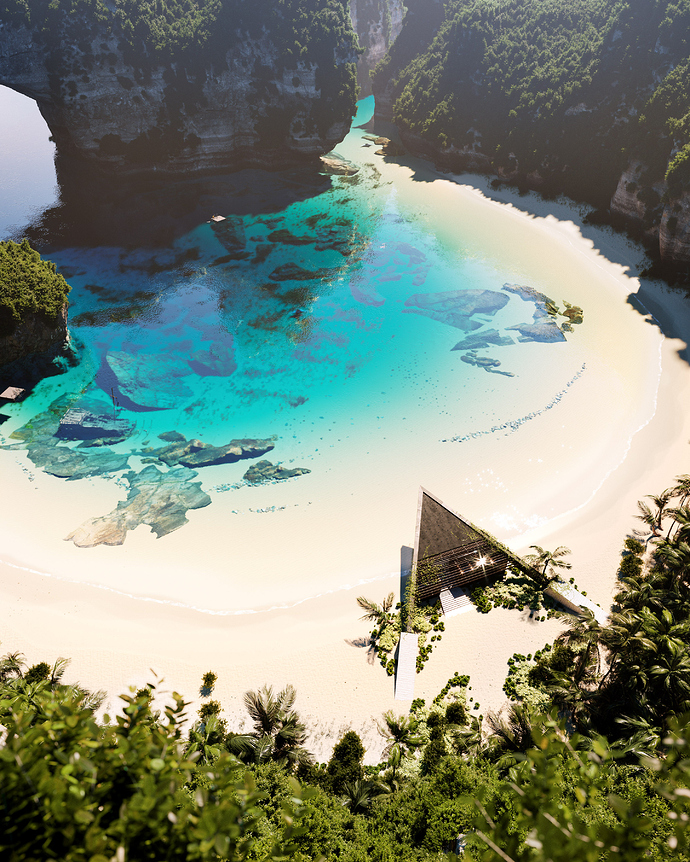 Here are my final three images. I have really enjoyed this competition and seeing the high standard of the other participants.

There have certainly been some challenges along the way especially for my computer when it came to the VR’s!

Megascans is awesome. I’ll be definitely using them in the future.

Thanks to Ronen Bekerman and all the sponsors! All the best to everyone who entered CABINS.

This one reminds me more than one place I’ve been to in the far east! Love how you took things underwater too… I wonder what the others here think about this one?

I saw the VR and found the camera angles were very creative. I specially like the areal view!
Nature in South-east Asia is indeed very beautiful and the VR really makes a justice. I’m glad you took the time to portrait such a beautiful scene, Jamie. Lovely work - Well done!

This one is definitely reminding the iconic Sheats-Goldstein in LA and I really like that form. : ) I also appreciate the execution here with the nice hue gradient of the water and the really plausible (yet spectacular) environment. I know that any hints given after the competition is closed aren’t that helpful but If I was to bring a pinch of constructive opinion here, I’d only diversify a bit the greenery that’s scattered over the rocks (it’s not so much visible in this hero image but some repetitive patterns become visible in the other images, especially in the shadows). There’s yet some little issue with the underwater rocks being cut rather sharply out of the sand. I also had these kinds of problems concerning rock assets blending with the environment and even some quick detailing work with a soft clone tool in Photoshop could decidedly improve the effect (instead of the intricate fixing it in 3d). However, it might be tricky here with the water reflection overlay.

In my opinion a good feedback is always welcome. In the end you are helping to bring the industry standards to a higher level. You are helping everybody to improve their work not only to compete in challenges but to build a beautiful portfolio.

It would be cool if we could open a thread in the future where everybody could share their portfolios. It would be a very interesting exercise.

Thanks for the feedback. You are absolutely right. There is a lot of repetition under water, especially visible in the aerial shots. For me, it was about focus within all the output. To be honest I spent 80% of my time working on the VR component. I really got bogged down in making sure that everything worked for the VR and the final images were just a result of what was left over. I like to do everything in 3D but obviously somethings do need to be touched up in post.

Thanks for the comments. Agree totally, feedback is how we move forward. I’m glad you liked the VR - It really was the focus of my entry.