I’ve long thought that re-proposing things is sometimes better than recycling. Ship-breaking yards kill hundreds of desperate workers each year in South-East Asia, just to recycle the steal. As the wages are the lowest in these countries and health and safety, and environmental regulations are pretty much non existent, companies take their ships to be retired and recycled there.

What if we didn’t put finances first, but considered people and the natural environment before profit.
I’ve chosen the ULCC hull type to demonstrate this concept as these ships are amongst the largest ever constructed. One ULCC in particular, the Seawise Giant will be the ship I convert. Although it has already been dismantled there are many such ships that are approaching their end and have the potential of being repurposed. The ship will sail under the new name Covenant, the first of the NeoArk ships.

Here I’ve preserved the ship’s hull structure almost completely constructing the housing units into where the cargo hold compartments used to be. The center cargo area I have cleared and converted into a green space filled with fruiting trees and edible herb gardens. This area also contains multiple play and exercise areas. Each cargo hold segment of the ship will contain a “neighborhood” with a total of 14 such areas. Within the livable spaces there are two special use floors that house amongst other things, schools, a library, gyms and function spaces. Some of these will be local to the neighborhood block while others will be a shared service. The community blocks will be book ended by two further special use areas that may include entertainment and science spaces. Two of the neighborhood blocks will be smaller than the others as they will accommodate view decks that will open up to the outside. These areas can be closed off to create a water tight internal space in case of rough weather.

On the outside the Covenant will have a new bridge and crew quarters with a new more powerful hybrid engine. Power will be generated mostly using solar panels that run across almost the entire length of the ship above the service deck. Around the bridge will be a land area for VTOL craft as well as 4 small hangers that can take helicopters to a below deck service and parking bay.

The Covenant will be equipped with 44 large lifeboats, 6 patrol/scout boats, 6 SH-60 Seahawk helicopters and 1 V-22 Osprey.

I have created 1 animation at the moment with a lengthier one planned that will explain the NeoArk project in a documentary style short film.

The Main Animation can be viewed at the below link
https://we.tl/t-CTsUqxyDGk

That was a great challenge with a worthy subject. As I look at all the entries I can really appreciate the amount of thought and effort that has gone into the projects. It releases a burst of positive energy into the world, really showing that if we give a little thought to matters such as housing, building materials, transport and food we can re-balance our home, Earth.

Here are a few more images of the Covenant. 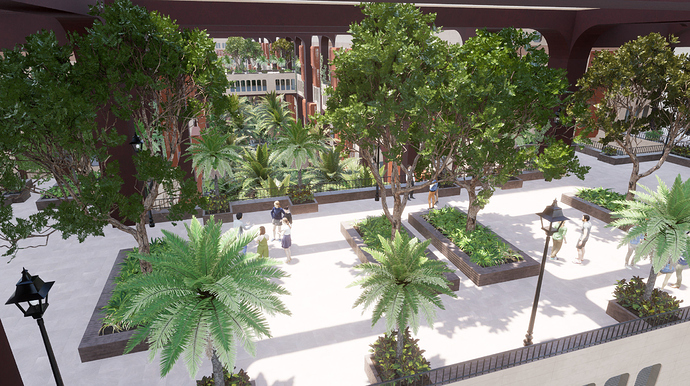 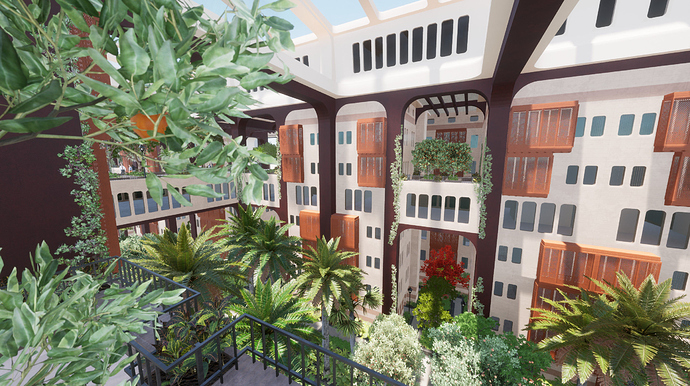 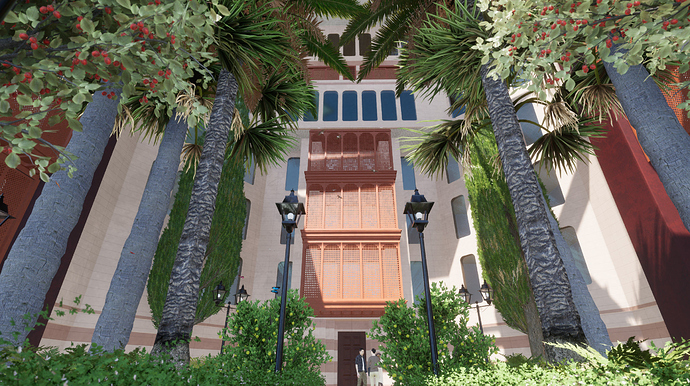 Good ilumination, @Atash Which engine do you used please…?

I used Twinmotion 2021 for this one. I had planned to take it to UE4 or 5 but I didn’t have all the plants and people for that. I will be working on a Realtime interactive version soon.

Great thanks… It will improve a lot in the EU, You’re doing well, good job…

Here are a few external shots. 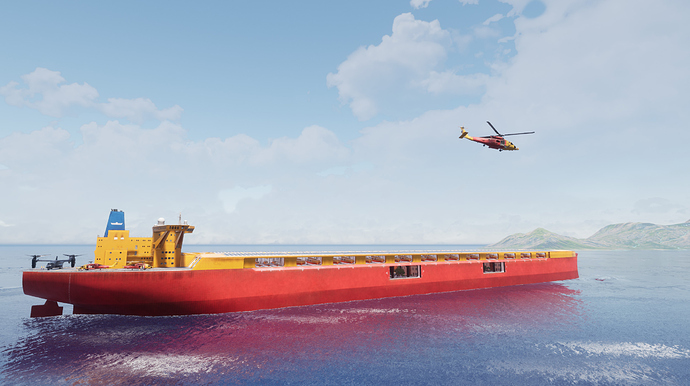 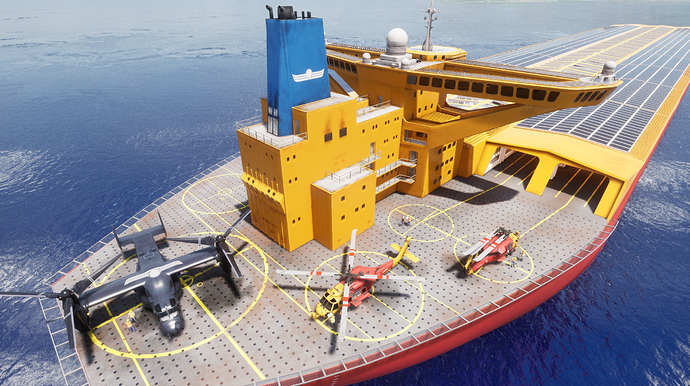 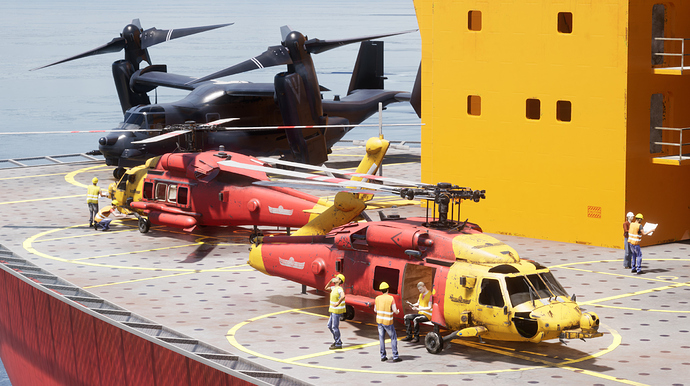 Here are a few images of a “Neighborhood” block module. 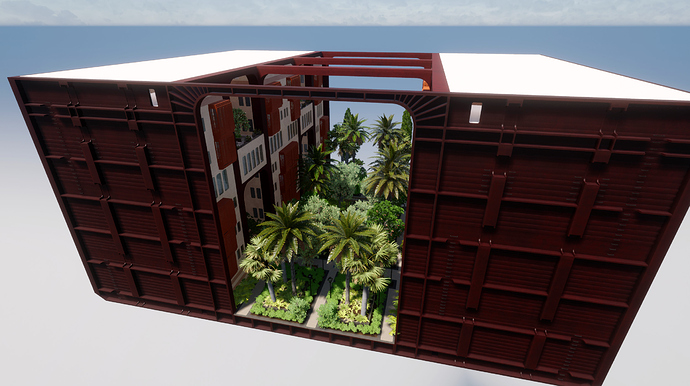 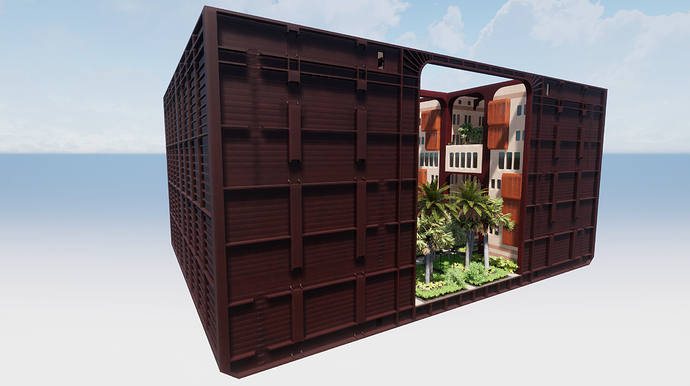 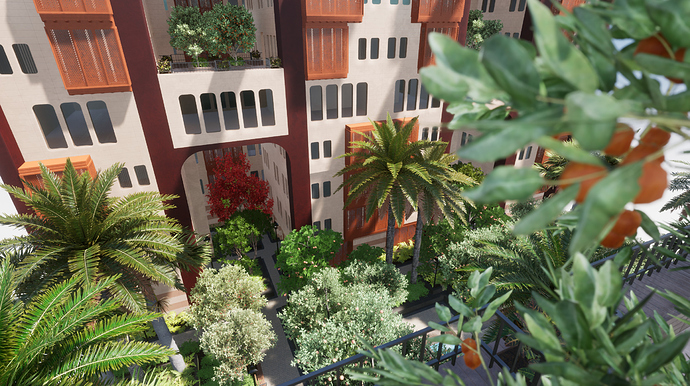 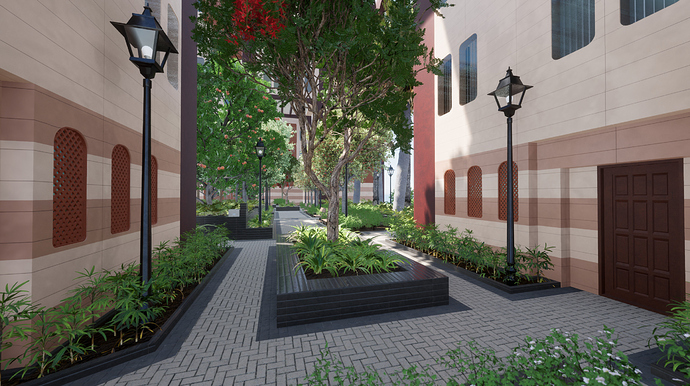