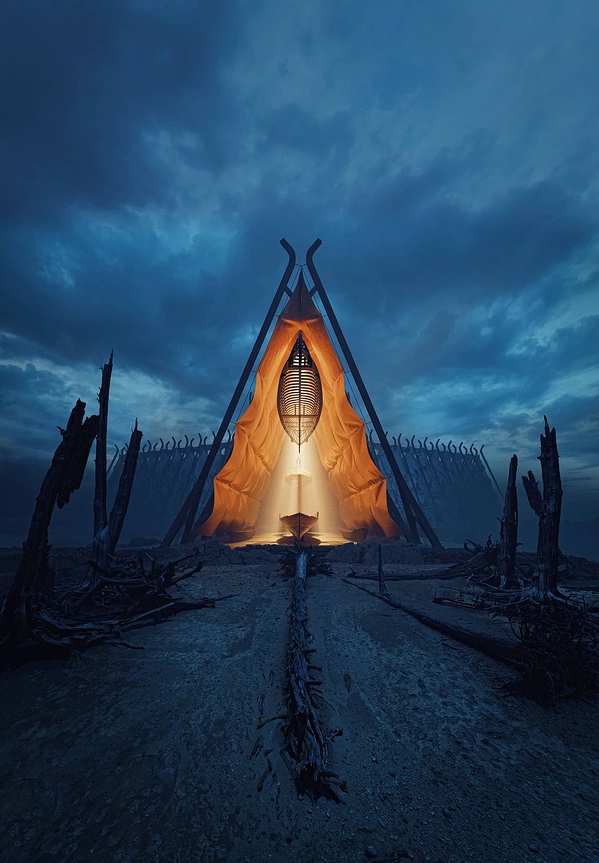 Nocturnes & Mirages project is the exploration of various ambience and lighting scenarios with the special focus on situations which seem to be underrepresented in the main stream of architectural visualization.

NOCTURNES
The early dawn scenes which take inspiration from the paintings of James Abbott McNeill Whistler, William Turner or American Realists. They are to feature no artificial light and create an unobvious scenery intended to stimulate the imagination. They require more attention and might seem unfit for the mediums based on a hectic scrolling through one’s feed but I believe they can shine when built into a more complex visual story.
Vague, blurred, impressionist, dreamy.

MIRAGES
The high noon with its tendency of flattening of the form, smoothing of the texture irregularities and – in the absence of shadows – giving the priority to the mosaic of popping colours as well as emphasizing a larger scale geometries.
Also, the sun shimmering amid the dusty clouds and the specular vertigo to contrast the vast emptiness around.
Sharp, buzzing, colourful.