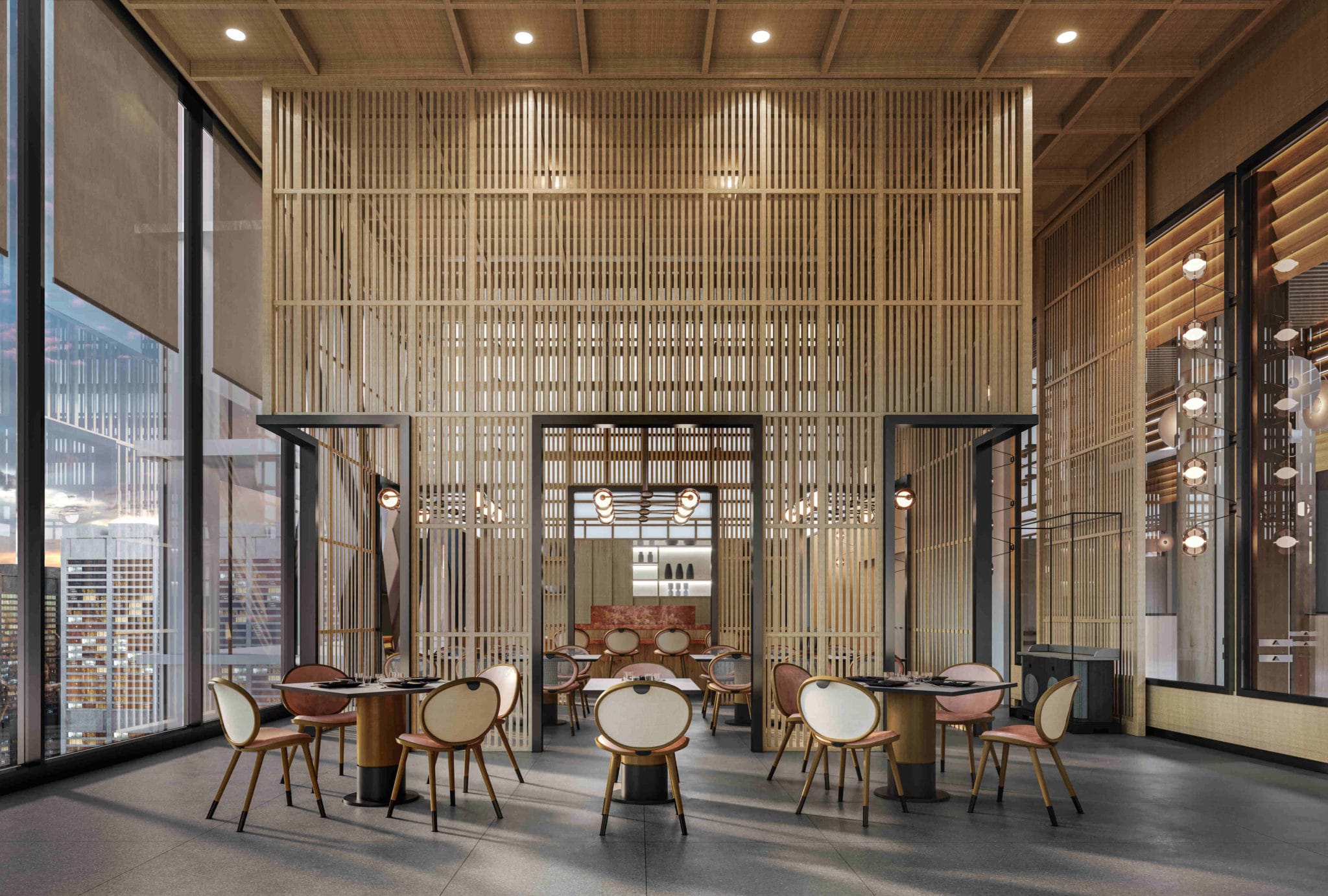 This time we want to share with you the magnificent restaurant of Crown Plaza Royal, situated in Singapore. Our client was a Singapore company branch of Wilson Associates, a huge transnational architectural and design bureau.

The restaurant presents an elegant mix of classic and modern design, colors and textures. Generally speaking, it is a graceful space, where geometric prints are balanced by the laconic lines of furniture and a neutral color scheme.

Large panoramic windows represent a key feature of this hotel. We deliberately chose to perform this place by the end of the day to focus on our interior lightning visualization abilities and also to reveal the luxurious style of the restaurant.

The slatted ceiling defines a uniform geometry and unites the space. The variety and richness of textures have made the laconic interior multi-layered and deep.
The delicate balance between old and new creates a precise, modern design. Even minimalism has to be alive in order to evoke vivid and sincere emotions.

This work is an example of a standard workflow project divided into three parts: production of clay renders, previews in colors and round of revision. We helped the client by directing him to choose the desired angles. In the created 3d visualisation of space it is convenient for the client to have 360 degrees camera rotation . As the decision on the views has been taken, the client asks us to lower the camera or raise it relatively to the level of the furniture. In fact, it is an ordinary approach in such cases.