I placed my cabin in Icelandic Thorsmork. It is a diversified valley with a beautiful color palette and striking rock formations.

Although it’s pretty close to the booming tourist routes, it remains relatively tranquil due to the more dominant river crossing on the way. That place gave me the possibility to create some plausible scenes which evoke serenity with chilling hints of the raw, untamed and besieging nature.

The project turned out to be pretty complex in the end, including many scenes in various lighting scenarios. It wasn’t however planned in this form and thus never felt really overwhelming.

In the beginning, I thought about only one scene with 2-4 points of views. The rules of the competition required preparing spherical images so I organized this environment so as it would be interesting all around. It’s a common pain with spherical panoramas that they include only 10-20% of the absorbing content, and the rest is merely a filler. I tried to avoid it, at least in first renderings.

Read the full making-of at http://cabins.ronenbekerman.com/making-of-northern-wisps/ and discuss it here later…

White sails on a sea if Icelandic rocks!

@bartosz.domiczek Bartosz, you succeeded in pushing all the right buttons with this one

I love reading how you went about creating this amazing entry.

This project is one of the greatest ones published in long time. Thank you for the making of, its really interesting how you went with certain aspects.

Thank you @bartosz.domiczek for your time in writing this making. It’s like reading a short novel. The composition part was my favourite and i hope to see something more similiar in this!! Have you ever consider using a lower lod + displacement and normal maps during the process?

Well this is impressive… Thanks for showing us a bit of the magic behind the scenes. You’ve pushed the limits very far on this one @bartosz.domiczek, #bigrespect

Fantastic article, a lot to learn here, thanks you very much for showing us your workflow!

What a wonderful piece of art, this is truly one of most interesting / innovational projects I’ve seen lately not only for the approach and concept but for the technical highlights. Congratulations!

Thank you very much!

Sorry for the late reply (it’s my vacation time).

@youkishi I am working on the animation from this project and using some other LOD/Displacement configurations there.

All variants work pretty fine for me but I am not able to tell which one is the most efficient in terms of details/resources needed.

Usually, I just have been ending up with the highest LOD’s as they haven’t caused any issues at all when CPU rendering.

The beauty of having ram , at times it can be frustrating working with lower rams. Let us know how the animation renders and if there’s any difficulties that you are facing with it so far!

@youkishi The only difficulty is that somehow the reality sucked all my free time out.

True that, always wish we have more time

I can say that at least I have finished some storyboard and thus I know more or less what’s yet to be done.
Some sneak peeks here: 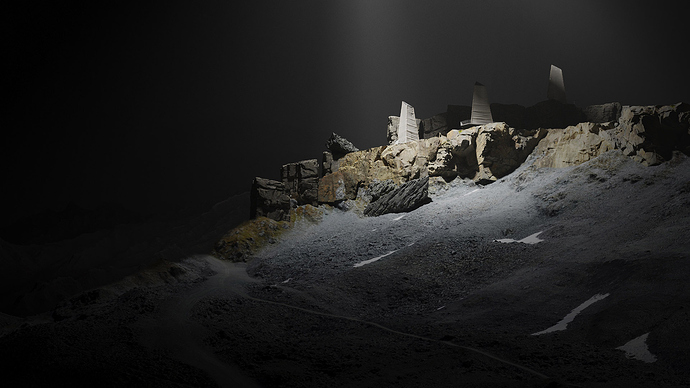 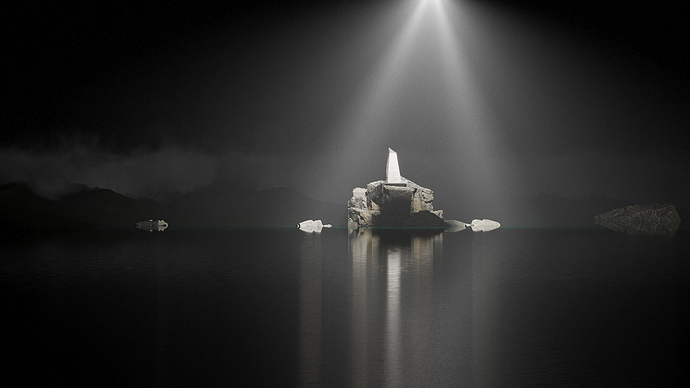 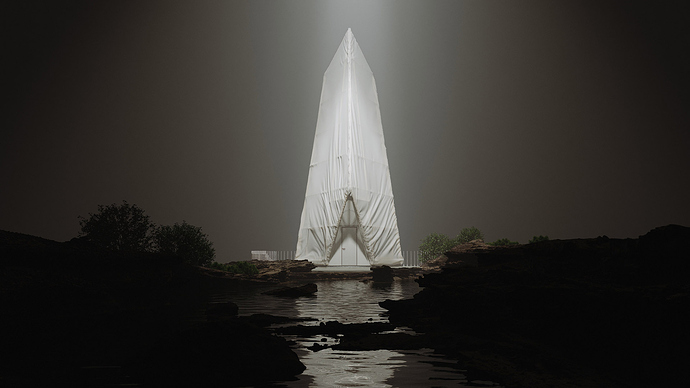 I guess it’s time to move on here. I’ve put the video together. It’s not entirely what I expected but I don’t want it to take forever. It’s also not easy to create some narration when actually starting from the end.
You can see it here:

I won’t feature it anywhere yet so you can have some early insight (at least for a few days). I may still introduce some changes but frankly speaking, I am not sure if I want to after all uploading already finished. : )

Wow, you are full of talents! Awesome shots and great atmosphere!

Great and consistent as you have done it from the start. I Like the simple closing shot!

Did you spend a lot of time on the sound?

Thank you. I’ve just spent two days moving things back and forth. The worst part of every project. Generally, I have fallen for 2.35:1 ratio, changed a few clunky transitions and other glitches I spotted. I think that it will be final and I will publish it after the weekend. I’ve got really tired with this last part of refining and it’s time to start the new project. : )

@rubikANDsun not really that much. I’ve got the library of stock sound files and it is rather a smooth process.